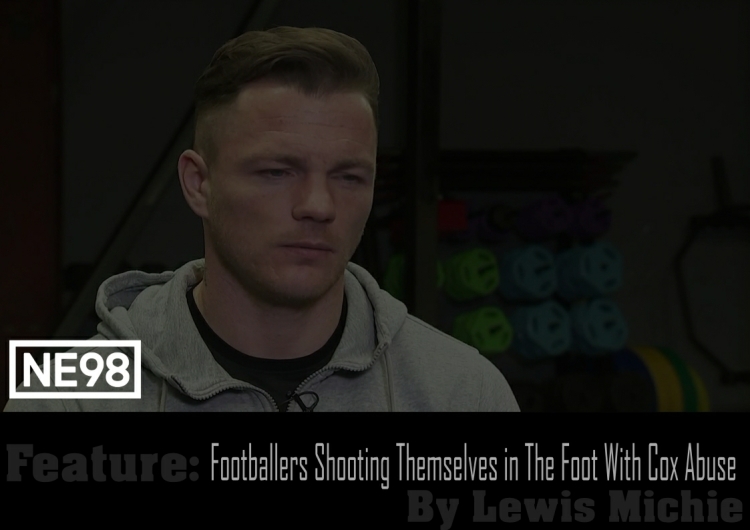 It’s quite frankly shocking to hear that a footballer who has been brave enough to speak about his mental struggles – and try and actually make things better for others in the profession – has had that used against him as a weapon.

Cowdenbeath’s David Cox has been very open about his struggles with his mental health. He has admitted to having attempted to take his own life five years ago – but now he has revealed that he is considering his future in the game because of the abuse he is receiving, not just from the stands, but from other players.

VIDEO@CowdenbeathFC winger David Cox says abuse he's receiving from players, coaches & supporters about his mental health is close to driving him out of the game – five years ago Cox revealed he had attempted suicide

Cox has taken some time off to consider his future – his teammates at Cowdenbeath have even promised they’ll walk off the pitch if this type of abuse happens again.

Cox was sent off last month at Queen’s Park – claiming it came from his reaction to abuse over his mental state.

The abuse from the stands is one thing – it isn’t right, but neither is so much of what gets shouted from the terraces, that’s a whole other issue.

The fact other players are speaking in such a way to Cox, is quite frankly disgusting.

The way Cox speaks about his struggles and looks to open up a conversation, crush the stigma that footballers aren’t allowed to have mental health issues – he should be held up as a fantastic example by other players, not mocked.

We don’t want to nullify and eliminate all of the rivalry from football. Some of the ‘trash talk’ you hear from players is, in the long run, harmless – and we’d very much encourage it.

This goes beyond ‘banter’ or trying to get in your opponents head, it’s quite simply throwing caution to the wind, potentially driving someone towards hurting themselves for the matter of a game of football.

You do wonder where the reasoning for this comes. What goes through a players head to want to use Cox’s mental health against him?

Is it all just an attempt at mind-games so you can get in his head, put him off his game – or even get him sent off – and then therefore your team will have a better opportunity to win?

Or is it simply a case of disliking the lad so much you really just want to hurt him?

Mental health, as we all know, does not discriminate – so it would be unfair to say players at a level like League Two should be more cautious of their mental state.

However, you’d think that it would make sense for players at that level to take this seriously, to actually encourage activism.

They are often not taken seriously for issues such as mental health. You’d imagine playing at that level could be rather stressful – some of the younger lads still have a chance to progress towards a full-time role, others have to worry if they’ll drop out of the SPFL altogether.

This is what makes it all the more confusing and frustrating that some players are behaving in this way.

Props needs to go to Cowdenbeath, their support of Cox is invaluable. Props also goes, of course, to Cox himself. He could have gone to the media and outed the players who have been mocking his mental health and suicide attempts. He hasn’t done that, but those people know who they are – and they should hang their heads in shame.