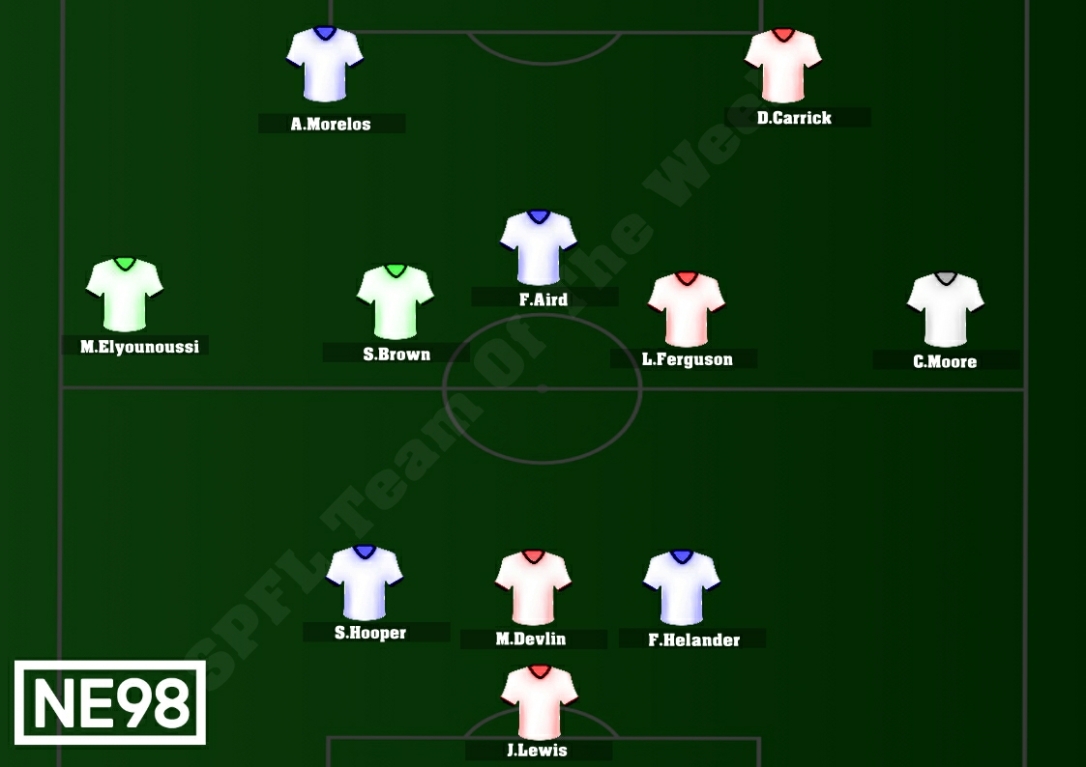 Plenty of names to pick from this week, honorable mentions to the likes of Curtis Main, Max Currie, Mark Durnan and Bobby Linn.

It was an impressive performance all round for Aberdeen, but had Joe Lewis not made multiple good saves at pivotal times, it might not have been quite as simple for Derek Mcinnes’ Dons. Englishman Lewis even took a shot to the face, bloodying his nose in the process, whilst maintaining his clean sheet.

Helander proved to be a solid part of Rangers defence and a threat going forward. The defender would open the scoring for the gers just before half time. He scored with a simple finish from the centre of the box. With Rangers desperate for silverware Helander has an important role to play for the club.

Michael Devlin put in possibly his best performance of the season this past weekend whilst keeping a clean sheet at centre back. Nothing Kilmarnock offered seemed to be getting through Devlin and Scott McKenna. Question marks have been raised over Devlin’s recent performances amongst a minority of fans but this will hopefully stamp any worries out. With McKenna and Devlin both fit again, it may be hard to break up that partnership.

Hooper held his own when Peterhead came up against first placed Raith. The Centre back was solid at the back allowing his side to score twice and win the game. His performance meant that Peterhead have moved out of the relegation play off spot. Hopefully Hooper can continue his good form in the coming games

Craig Moore welcomed old Ayr United manager Ian McCall back with 2 goals against his new side Partick. The first was a quality strike into the bottom corner. The second was a 25 yard screamer which was helped in by the keeper. Moore is key if Ayr want to be part of the play offs at the end of the season

Lewis Ferguson drove the Aberdeen midfield in a standout performance in their 3-0 win over Kilmarnock. The young centre mid was phenonimal through the middle showing a rugid, never say die attitude but also a creative freedom throughout the game. His game was capped off with an unbelievable ball to open the scoring and was unlucky not to score himself after a mazy run. He continues to be at the heart of that Dons team and they look a much better outfit with him in the side.

We’ve cheated a little bit here and included natural winger Fraser Aird as a number ten of sorts (Although we reckon he could do a job there). Cove maintained their lead at the top of League Two this weekend, coming from behind to beat Cowdenbeath 3-1 with Aird scoring the second and third. Aird was expected to be a key part of Paul Hartley’s side when he was signed and he has not disappointed on that front. The only downside for Cove is that with the performances the likes of Aird and Fraser Fyvie have been chipping in with, a full-time side may look at them as a worthwhile gamble.

Scott Brown once again proved why he is one of the best midfielders in the league’s history. Not only did he dominate the centre of the park but he contributed with 2 goals. He took advantage of a goalkeeping error for his first and took part in some quality interplay for his second. No doubt Brown will be looking to captain Celtic to another trophy.

The Moroccan – on loan from Southampton – has been a fantastic signing for Celtic. The Champions knew they had a lock-in on the other wing with James Forrest, but with a declining Scott Sinclair, Neil Lennon needed to figure out a solution on the other side. Elyounoussi has proven thus far he is the real deal, and his two goals an assist and simply menacing performance against Hibs on Saturday, Elyounoussi proved he would very well be worth a fee, should Southampton be willing to accept one to make his loan permanent.

It has been a bit start-stop for Airdrie this season, but Carrick’s six goals in all competitions means they at least have a striker they can relay on. His two goals this weekend against Dumbarton were clinical and made a real difference in a game between two sides competing for play-off spots in League One.

Alfredo Morelos made it 19 and 20 for the season in a very strong Rangers performance at Hampden. The Colombian forward is in unbelievable form with his goalscoring and link up play continuing to put fear in opposing central defenses. Morelos remains the jewel in Steven Gerrard’s crown this season and keeping ahold of him could be the make or break in their hopes for silverwear this year.

View all posts by ne98ft