In another addition of League Lowdown, which looks at the structure, history, current landscape and top players in one league that might not be something you know all that much about. In this edition, Keiran Fleming is taking us state side to look into the MLS.

After the first season there was a sharp decline in attendance. This could be down to some of the rule changes U.S. Soccer mad to “Americanise” the support. These changes included the use of shootouts if the game went to a draw and a countdown clock. They realised that these changes weren’t drawing the American sports fan to the sport and that it was also alienating the traditional football fan. These rules were abolished in 1999.

The reputation of the MLS also took a big hit in 1998 after the US national team, made up of mostly MLS players, finished dead last in their World Cup group with no points.

When the national team shockingly reached the quarter finals of the World Cup in 2002 there was a sudden resurgence of interest in the MLS. The MLS Cup final, which took place 4 months after the World Cup, attracted 61,316 spectators.

The 2007 saw a lot of positive changes happen in the MLS. Toronto FC joined the league making them the first team from outside of the US to take part in the MLS and the Designated Player rule was added.

The rule allows MLS clubs to sign international player and give them wages outside of their salary cap.The inclusion of this new rule allowed LA Galaxy to sign David Beckham in 2007. Beckham was the first player signed as a Designated Player in the league’s history.

Teams are divided geographically into Eastern and Western conferences. Each team plays 34 games, 2 against each team in their conference and 1 against each team from the other conference. The top 7 team from each of the conferences qualify for the MLS cup play-offs. The conference winners head straight to the conference semifinals. The team with the most points over the course of the season receives the Supporters Shield and home field advantage throughout the play-offs. All rounds of the Play-off are single match knockout rounds hosted by the higher seeded teams. The Eastern and Western conference final winners then face each other in the MLS cup final. The winner of the MLS cup is considered to be the overall winner of the MLS. Currently there are 24 teams in the MLS making it the biggest league in the world. However, the MLS is set to expand to 28 teams by 2022 and is expected to expand to 30 teams later on. 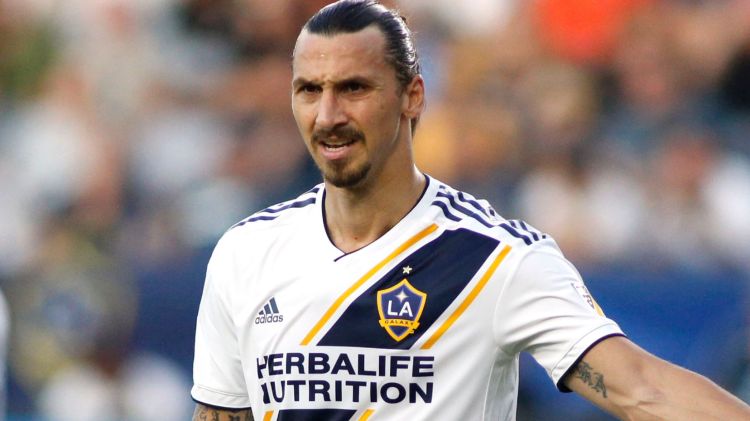 Zlatan Ibrahimovic has taken the MLS by storm since joining LA Galaxy last year. In his debut season the Swede scored 22 goals in 27 appearances and he has continued his goalscoring form into this season with 9 goal in 9 games. The 37 year old was also dominant in the air last year winning 4.7 aerial duels per game. Ibra has continued to show why he was one of the best forwards in the last 10 years taking almost 5 shots a game. This move to LA Galaxy is more than likely to be the last move in Zlatan’s career, however, at 37 he doesn’t seem to be slowing down. 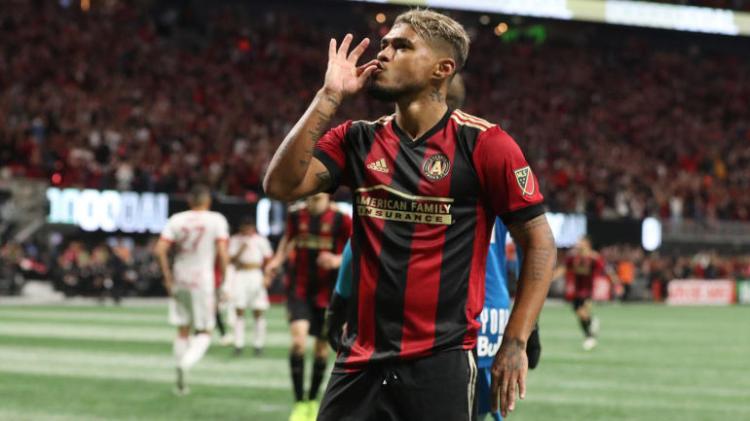 The Atlanta United forward had his best season last year scoring 35 goals in 39 games and also 6 assists. This outstanding season led to him being crowned the 2018 MLS MVP. The 25 year old is extremely intelligent when it comes to shot selection with 2.6 shots coming from inside the box per 90. The striker is also attempting to be creative completing 1.2 key passes per 90. Martinez’s form has continued this season with 4 goals and 2 assists in 9 games. Although it would take a lot of money to pry him away from the club he has been tracked by some Ligue 1, Premier League and La Liga clubs. 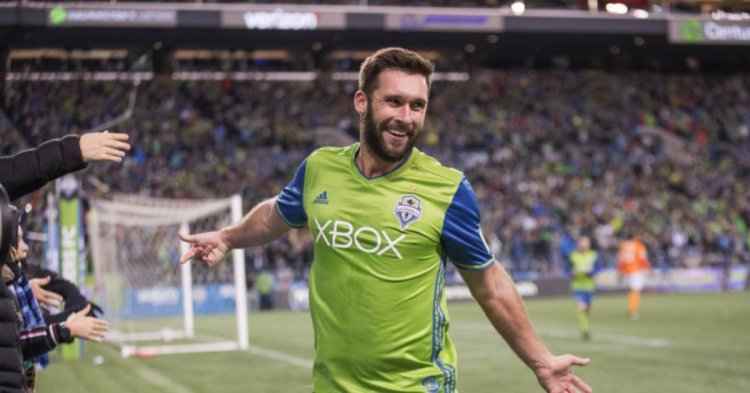 Nicola Lodeiro acts as the creative spark for Seattle Sounders completing 3.4 key passes per 90 last season. The Uruguayan midfielder contributes a lot in attack with 12 assists and 9 goals last year. The 25 year old loves to have the ball at his feet and take on opponents. He is a dead ball specialist with 7 of his goals coming from either a free kick or penalty. Lodeiro has had the Seattle team built around him showing how talented the player is. The midfielder has a contract running until 2021 but has been linked with a move to South American sides Cruz Azul and Boca Juniors. 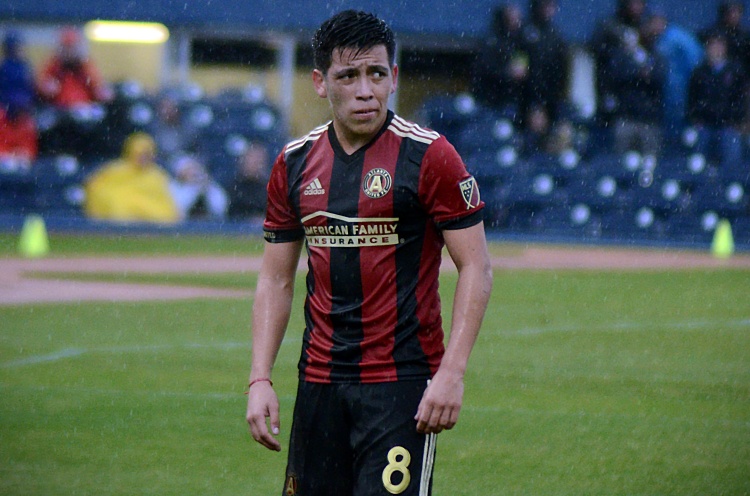 Ezequiel Barco is one of the biggest talents in the MLS. Although he a relatively quiet breakthrough season last year, with only 4 goals and 2 assists in 19 starts, he has shown his creative prowess this season. The Argentine winger has already matched his goal scoring tally from last year and he has only started 6 games. The 20 year old has also shown he is a confident passer of the ball completing 3.1 key passes per 90.  The Atlanta United player is looking to add even more goals to his game by taking 3.2 shots per 90 compared last years 1.1. Before his move to the MLS last summer, Barco was already attracting some clubs from La Liga, Liga NOS and the Premier League. 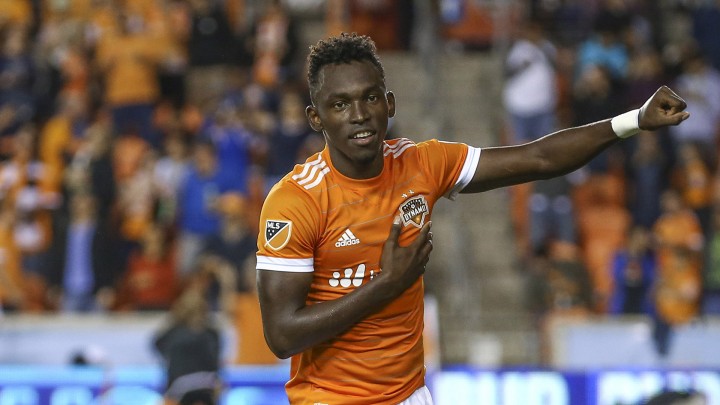 The Houston Dynamo winger is one of their biggest goal scoring threats. The Honduran scored 11 goals and assisted 9 last season in 30 games. So far this season he has scored 4 in 8. The 23 year old was taking 3.2 shots in the box per 90 last season which shows that even from the wing he is an intelligent shot taker. Elis is also almost completing 3 dribbles per 90 showing that he is fearless on the ball. However, the winger is also very creative completing almost 2 key passes per 90 this season. Elis has been heavily linked with a move to Celtic this summer, Fenerbahce and Galatasaray have also been linked with the winger. 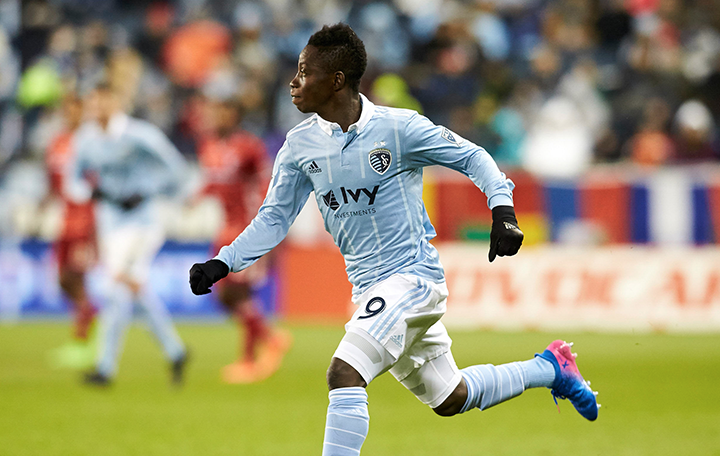 Latif Blessing is great ball winner and ball progressor which allows him to play a key role in midfield for Los Angeles FC. On the defensive side of things the Ghanaian is completing 3.8 tackles per 90 so far this season. Once he has won the ball back he tends to drive his team forward by himself completing almost 3 dribbles per 90. The 22 year old only scored 5 and assisted 6 last season so he really needs to add a few more goals and assist to his game. The young midfielder didn’t really attract any attention last season however, this could be the season where he hits the ground running and becomes one of the MLS’ biggest footballing prospects.