It has been a long season in the Scottish Premiership – the beginning of the season feels like it was years ago. There have been plenty of stories throughout, but one type of story that always goes down well is the success of a young player. Today we are looking at some players 21 and under, who have made an impression this season, but could be set for an even better campaign in 19/20. We will look at what they’re already doing well, and what they need to do next season to progress into being an even more important player for their teams. 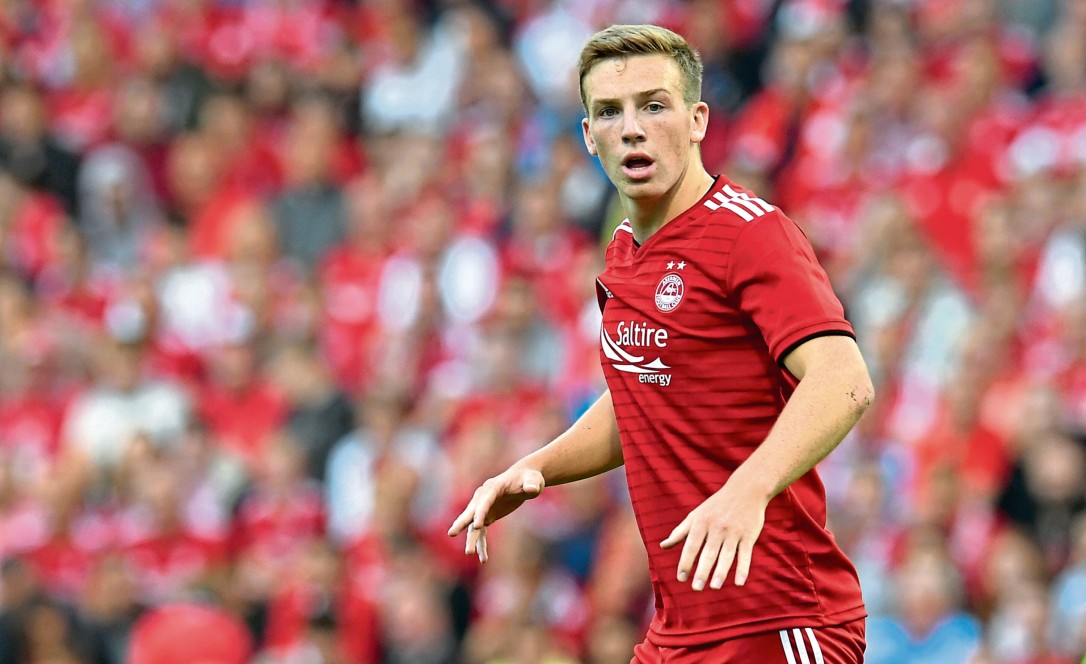 Former Accie Lewis Ferguson has been getting more negative attention than good as of late – and rightfully so after his horror tackle in the Scottish Cup Semi-Final. Nonetheless, it’s easy to forget this lad is still only 19 and made his debut for Hamilton mid-way through last season.

His signing was announced without too much attention by Aberdeen towards this time last year, and it was anticipated he might play a role similar to the one Dean Campbell has for the Dons this term – getting an opportunity every now and then but often left patiently waiting for a chance to impress.

Instead the midfielder has kept veteran Stephen Gleeson out of the side – already having made 40 appearances across all competitions this season. Had he not have had a couple of short-term injuries and should he not have received his marching orders two weekends ago, he’d very likely have amassed 49 appearances by the conclusion of the season – as Derek Mcinnes appears very reluctant to separate his midfield pair of Ferguson and club captain Graeme Shinnie.

That is where the tests come for Ferguson to push himself further – because Mcinnes almost certainly will be forced into that change next season – with Shinnie almost certainly leaving Pittodire this summer. That will likely mean Mcinnes expecting Ferugson to take a bigger roll in organising and leading the midfield. A recruitment drive will certainly take place – but don’t be shocked to see Ferguson paired with Campbell as one of the youngest pairs in the league, if the targets the manager wants cannot be secured. This would likely leave Ferguson needing to take charge as the older and more experienced head.

Looking back at the red card in the semi-final, that certainly shows one of the things Ferguson needs to work on – his overall temperament and collecting of cards. The challenge of Tom Rogic was really the only occasion Ferguson can be accused of losing his head, but if he wants to match the potential his talent could allow, it needs to be the last. The 19 year old has also picked up 11 yellow cards in league action this season, and while Derek Mcinnes will be hoping Ferguson replaces Graeme Shinnie in many ways – accumulation suspensions is certainly not one. Shinnie has missed two semi-finals in two years because of this, it’s a disadvantage Aberdeen simply don’t need and they cannot allow Ferguson to become a similar story.

Creatively, the midfielder is probably a little bit underrated. Seven goals and eight assists across all competitions isn’t all that bad when Ferguson isn’t really expected to be a major threat in the Dons side, nor does he (Regularly) take free-kicks or penalties. At 19 however, there is no reason that return cannot be upped – Derek Mcinnes has admitted he wants more in that department – so considering this seasons numbers, the youngster should realistically be aiming for double figures in both goals and assists next term. That paired with the midfielders bite and energy would make him fairly well-rounded.

Ferguson certainly hasn’t struggled for important goals – those against Burnley, Livingston, Kilmanarnock and of course Rangers all come to mind. But what Aberdeen really need is someone who will force the issue, usually at home, against the likes of Dundee or St Mirren.

Overally, Ferguson will be hoping to play pretty much every game he is fit and available for next term, he should be aiming for double figures in both assists and goals, while reducing his card totals – finally, with a new manager on the horizon, there is no reason he can’t set a lofty goal of a Scotland call-up, or at the very least, becoming a more influential figure in the under-21 set-up while he is still eligible.

Signed this January by Livingston, Odoffin has been a bit-part player thus far for Livi, but some supporters are thinking he was brought in with long-term goals in mind.

The 21 year old has played for the likes of Wolves and Northampton but is yet to build up many first team minutes – which he might manage to do with opportunities opening up in the defence at the Toni Macaroni. With suggestions of the Nigerian being able to play both at right-back or centre back. Livi have often played with a back three this season, with both Declan Gallagher and Craig Halkett moving on this summer, that could open up a space. Some Livi fans have suggested Ricki Lamie moving from full-back to the centre of the defence – which might close a door for Odoffin while opening another.

As mentioned, Odoffin hasn’t had a whole lot of playing time at previous clubs. His most appearances have come with English National League side Eastleigh – he made 21 there. He’s already played for Livingston eight times, so it would look as though he’s got more pitch time coming. That is crucial at this stage for the defender, minimal time on the pitch won’t help him develop any further than he is.

That minimal playing time makes it difficult to really outline what Odoffin does best and what needs improving. The fact he’s played at right-back, wing-back and right wing across his career would suggest he’s got a bit of pace about how and can play direct. This would all suggest that as some Livi fans have called for, Lamie move to the heart of the defence with Odoffin allowed to get forward as a full-back or wing back, depending on the system Gary Holt settles on. 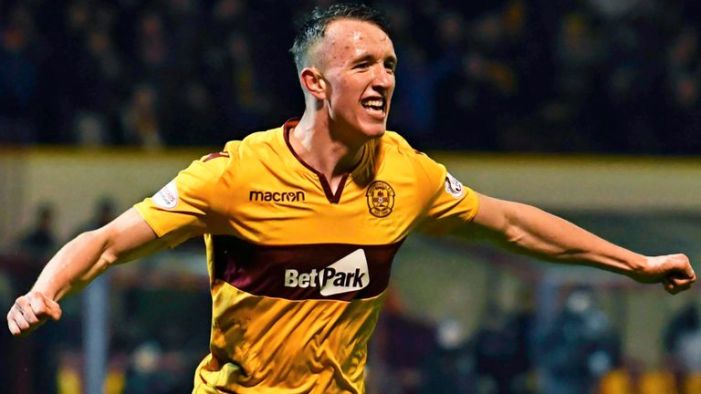 Jake Hastie has taken a lot of plaudits as of late, but David Turnbull has been just as crucial to Motherwell’s change in style and resulting change in fortune in the second half of the season. One big difference between the two is that Turnbull looks like he is staying at Fir Park for next season and with Hastie looking like departing, Turnbull is the kind of player Stephen Robinson may build his side around.

10 goals and six assists across all competitions is not a bad return at all for the midfielder considering he will usually have three players playing further forward than him who are more expected to be a source of creativity and goals.

Turnbull doesn’t just provide goals, he provides absolute screamers on occasion. While they are all worth the same, scoring a peach or two will certainly endear you to the supporters and being able to provide a threat from range is an asset any team is happy to have.

Turnbull has a few challenges ahead of him for next term. For a start, he needs to maintain this momentum – it’s often the case that a young player explodes onto the scene before trailing off for a bit, he doesn’t want to be a one season wonder.

There is also set to be quite a bit of changes around him at Motherwell which he will need to adapt to – and will leave him likely having to take an even more leading role than normal. Chris Cadden, Alex Gorrin and Jake Hastie are all out of contract, Gboly Ariyibi’s loan will come to an end this summer – and there wouldn’t be many surprises if Stephen Robinson looked to add to his striking options in the summer. Liam Polworth is already set to come in, but stepping up from the Championship, he might not gel with his new team straight away, so Turnbull will have to anticipate a lot of pressure falling on his young shoulders next season.

19 year old Morrison has been deployed across the right flank by Craig Levein this season, mostly playing as a winger of wing-back. With 36 appearances, Morrison has started 45% of Hearts games, but unfortunately that figure will fall as he appears to be out for the remainder of the season with a knee injury.

In terms of his minutes, the right sided youngster has plenty of reason to be pleased with how often he’s taken to the pitch, considering how bloated Craig Levein’s squad has felt at points – bar during injury crisis, which likely aided Morrison. A return of one goal and three assists is likely something he will want to build on however, seeing as he’s often expected to contribute to the attack, those are creative numbers that won’t hold a place down.

Out of place out of mind is a phrase that comes to mind and with it looking like Morrison will miss the remainder of this campaign, if Levien has even half the type of signing summer as he did last year, Morrison will certainly be concerned that more right sided able players might come into the club. Although the Scottish youth international does have time and age on his side.

View all posts by ne98ft